The Top Seed Open is a WTA event that was just introduced this year. It is only the second tournament that has been played ever since the Tour resumed and it is featuring many top players. However, sadly, one of the participants – Amanda Anisimova has just pulled out of the event. Check it out.

Due to the coronavirus pandemic, the WTA Tour was suspended for almost 5 months. This is why players have not played competitive tennis for a long time and that can cause injuries upon return which is exactly what happened to Amanda Anisimova.

She sustained a right shoulder injury right before her first match and hence, she had to pull out of the event. This injury has come at the worst time as the US Open is starting in less than three weeks. And now, every fan is going to be asking the question – will she play the event? 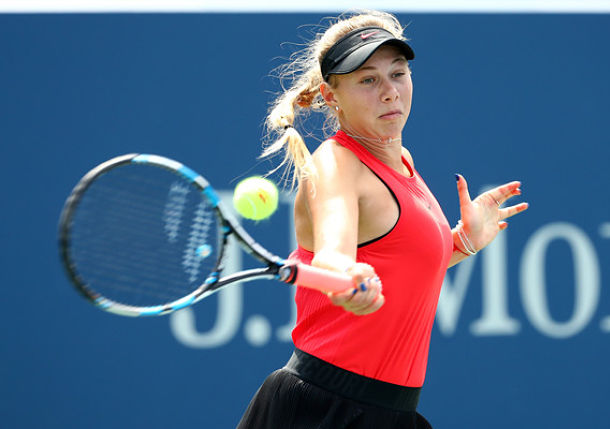 Over the last few weeks, we have seen the list of withdrawals from the US Open grow rapidly. Many players don’t feels safe about playing the event as the United States has recorded the most COVID-19 cases. This is why they pulled out of the tournament and unfortunately, the problem does not end there.

To provide a safe environment for tennis, the US Open had to impose many restrictions. Many players were not happy about these restrictions and one of those players was Novak Djokovic. He felt the restrictions were too strict and he also threatened to skip the event this year.

Clearly, the participation at the Grand Slam event is not looking good and everyone will be wishing that Amanda Anisimova does not make it worse by skipping the event. Hopefully, she will recover in time to play the event and more importantly, do very well when she plays.

Dia Mirza Is Pretty Chic in Pink, Her Jamdani Saree Looks Like a Subtle Festive Must Have!

U.S.-Trained Forces Are Raping Women in Cameroon—and Rebels Are Beheading Them

Sanjana Sanghi Is Romping Away in a Printed Satin Romper!

You can already get $100 off the Samsung Galaxy S20 FE