A Iowa family was refused entry onto a Southwest Airlines flight because their autistic 5-year-old son could not wear a face mask, a report said.

Cody and Paige Petek and their two children were in St. Louis for a connecting flight home to the Des Moines International Airport on Sunday when they were turned away, KCCI reported.

Before boarding the plane, the family’s son, who is non-verbal, has autism and a sensory processing disorder, was having issues with his face mask, the family told the outlet.

Another traveler boarding the same flight who witnessed the ordeal said other passengers were encouraging the flight crew to let the boy board. But the staff refused.

“He just wasn’t having it and throwing a fit,” Dr. Vince Hassel told the news station. “Just to watch this play out was absolutely horrible.”

Southwest Airlines, in a statement to the outlet, said federal law requires passengers ages 2 and up to wear a mask while tr aveling.

Under Transportation Security Administration policy, travelers with disabilities who cannot wear a mask due to their condition are not required to, according to the report.

The airline said the child did not have a face mask exemption.

“Southwest Airlines considers applications for exemptions from this mask requirement from passengers with a disability who cannot wear a mask, or who cannot safely wear a mask because of the disability,” the company said in its statement to KCCI.

“In this case, a traveler was not wearing a face covering prior to boarding and did not have an exemption to the federal mask mandate,” the statement said.

The airline said it offered to put the family in a hotel Sunday night with a new flight Monday “to allow them additional time to comply.”

But the family accepted a refund and opted to drive home instead, the report said.

The family’s lawyer, Anthony Marchetti Jr, said the airline may have violated the the Americans with Disabilities Act.

“There’s clear guidance from the department of transportation about what the airline should do,” Marchetti told the outlet. “None of that happened here.”

Cody and Paige Petek said their 5-year-old son, who has autism and a sensory processing disorder, was having trouble with his face mask on a Southwest flight. 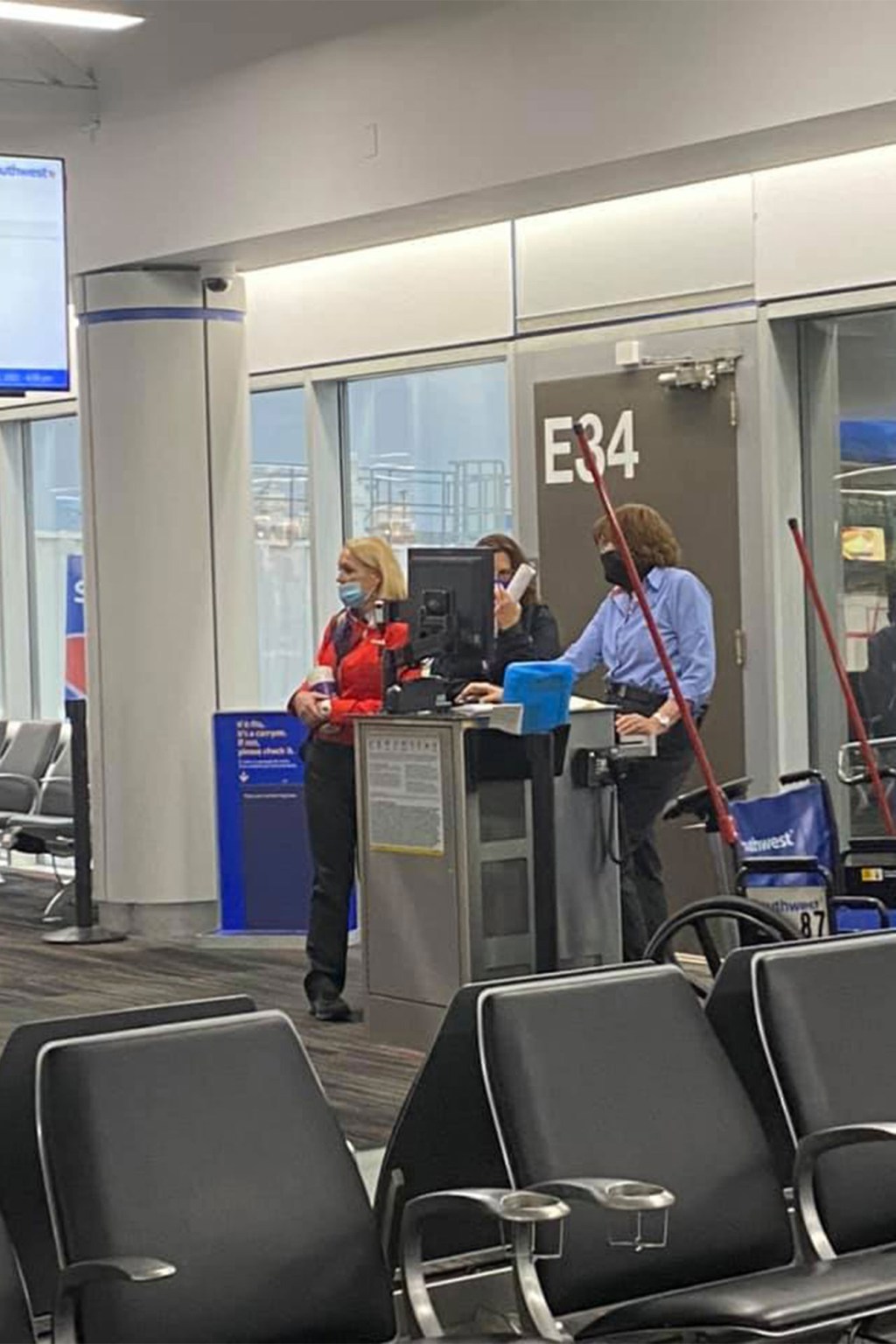 Southwest said the child did not have a face mask exemption.

The Mets won’t take the field in St. Louis on…

WHO official denies lying to Italy prosecutors over report

Randi Weingarten defends use of 1619 Project in schools

Haitians protest their president in English as well as Creole, indicting US for its role in country’s political crisis

WHO official denies lying to Italy prosecutors over report

Randi Weingarten defends use of 1619 Project in schools

Haitians protest their president in English as well as Creole, indicting US for its role in country’s political crisis

Florida mom accused of helping her son fight another child

Jaylen Brown out for season in huge Celtics injury blow

Russian cybercriminals just pulled off a devastating attack inside the US

Italian-Americans to rally against canceling Columbus Day in school