After the successful Free Fire OB28 update, the next patch is just around the corner. The release of the Advance Server last week has provided a glimpse to players as to what is in the store for them.

The new update is likely to bring in many features to the game, including a weapon, multiple characters, and more. With the update probably only a few days away, players can expect an announcement about it soon.

The expected release date for the Free Fire OB29 update is August 4th-5th, 2021. This is based on the pattern which was observed in the previous few patches. These were released a day before the end of the current ranked season.

Considering that the season ends on August 5th, it is expected that the update can go live a day prior, i.e., August 4th. In addition to this, in the previous few patches, a new Gold Royale started on the same day as the update. Taking this into consideration, the updates might be released on August 5th.

Characters are always one of the key features that the Free Fire community looks out for. The Advance Server featured three mystery characters which are expected to be released with the OB29 update. According to the leaks, one of them is rumored to be the awakened version of Moco.

The Advance Server has a new gun called AC80. The marksman rifle deals additional damage to users that have been shot simultaneously.

It is one of the most exciting features in Advance Server, as users will be able to create a new map and use it for playing custom room matches. They will be able to add objects, buildings, and various other structures.

A new pet named Sensei Tig with an ability called Nimble Ninja is also expected with the update. 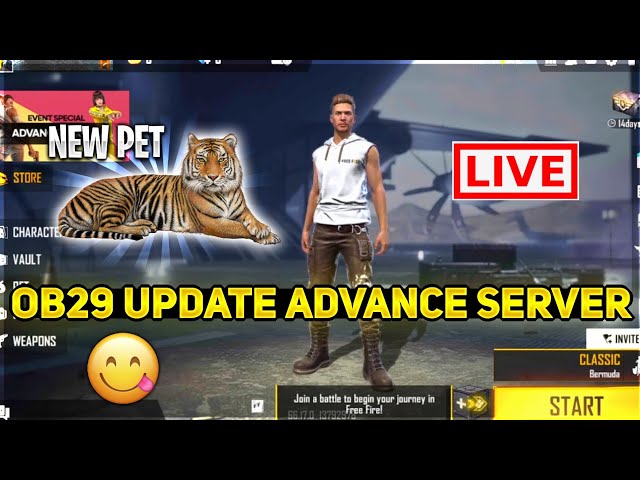 Note: These features are from the Free Fire OB29 Advance Server. It is worth noting that not all content from the client is added with the update.