, Yoo Eun-HyeSouth Korea’s TV network MBC’s new Documentary On Youth will bring back the cast of Coffee Prince after 13 years for a chat. Recently, a promo was released where Gong Yoo, Yoon Eun-Hye, Lee Seon-Kyun, Chae Jeong-an, Kim Dong-Wook, and Kim Jae-Wook were seen getting nostalgic about being at the same coffee house after so many years. The show had aired in 2007. This has made fans go dizzy with excitement. It’s unbelievable how the actors have evolved or changed both in terms of their appearances and body of work. Most of them are quite successful as actors and actresses which makes Coffee Prince even more special. My Secret Terrius, South Korean Drama Series Predicted COVID-19 Pandemic Back in 2018? Here’s The Fact Check Behind The Viral Video That Is Not From China

Since it is so baffling to see the transformation, we decided to show you how these actors look now. While the men continue to look damn sexy and hot, women have only become amazing and prettier.

Gong-Yoo’s Hangyeul was the manager of the cafe who was dishy, suave and a very promising young man. He was the quintessential chaebol (rich heir) that has been a staple in many K-dramas. Gong-Yoo looked extremely gorgeous as Hangyeul in a boy band hair and that earring. He was in his late-20s when he starred in Coffee Prince and today he is 40. He has only become more handsome and an even better actor. But we love the fact that the innocent smile that can even melt glaciers is still unchanged.

Disguising as a guy, Yoon Eun-Hye as Ko-Eun Chan got the walk and mannerisms bang on. She was also extremely cute in the show who will instantly connect with you. Short hair, boyish looks and that spunky attitude, Yoon Eun-Hye was extremely fun on the show. Today she is one of the most popular K-drama actresses and has a distinctly feminine charm. She has also evolved as a better actress now.

Coffee Prince first came out 13 years ago!? It feels like I’ve just started to ship Hankyul – Eunchan not that long ago!? 🥺 but Gong Yoo and Yoon Eunhye are aging like fine wine and I’m not complaining 😭💘 pic.twitter.com/xTqNAKmojc

The nerdish, gentle and caring Choi Hun-Sang is now an Oscar-winning film’s actor. Yes, he is the same guy who played the rich man in Parasite which swept the Best Picture Academy Awards this year among other trophies. That gives you an idea of how this actor has grown to be an excellent performer. He had the typical geeky appearance on the show as the second lead with a casual look, thick-rimmed glasses and slightly disheveled hair. He is aging like fine wine.

Han Yoo-Joo was the female second lead who had her heart set on Hangyuel. Sweet, lovely, pretty and charismatic, there’s nothing not likable in Chae Jung-An who played the character. We always felt it was Hangyuel’s loss that he didn’t fall for her. She is apparently 43 now and although she has graduated to more nuanced performances, she still looks as adorable as she did in Coffee Prince. What’s with these South Koreans? How do they do it?

This is her from Coffee Prince

And this is her from a 2018 photoshoot

Hyomin here kinda look like Chae Jung-an here or is it just me LOL pic.twitter.com/V9QBGeZYO6

Wook was the cliched flower boy in the show with a bubbly nature, a fast-manner of talking and always up to some mischief. What’s a flower boy? Well in the K-dramas context, they are usually very caring, cute, generous and kind towards the heroine. In short, the softies in K-dramas. Today, the actor looks completely different from what he did back then. The long hairstyle has been replaced by much shorter hair and a mature face. His comic timing is still brilliant!

If you ask us, Kim Jae Wook has upgraded his Coffee Prince style further and today is one of the most handsome guys in K-town. The tall, lanky, smooth and the no-nonsense guy of Coffee Prince has now become a neatly dressed man in many K-dramas. One thing that used to make him stand out in the yesteryear show was the way he used to wear his hair – in a small pony. That was quite attractive. He does have a hint of the same in the trailer of the reunion. Wonder if he kept it for the same? 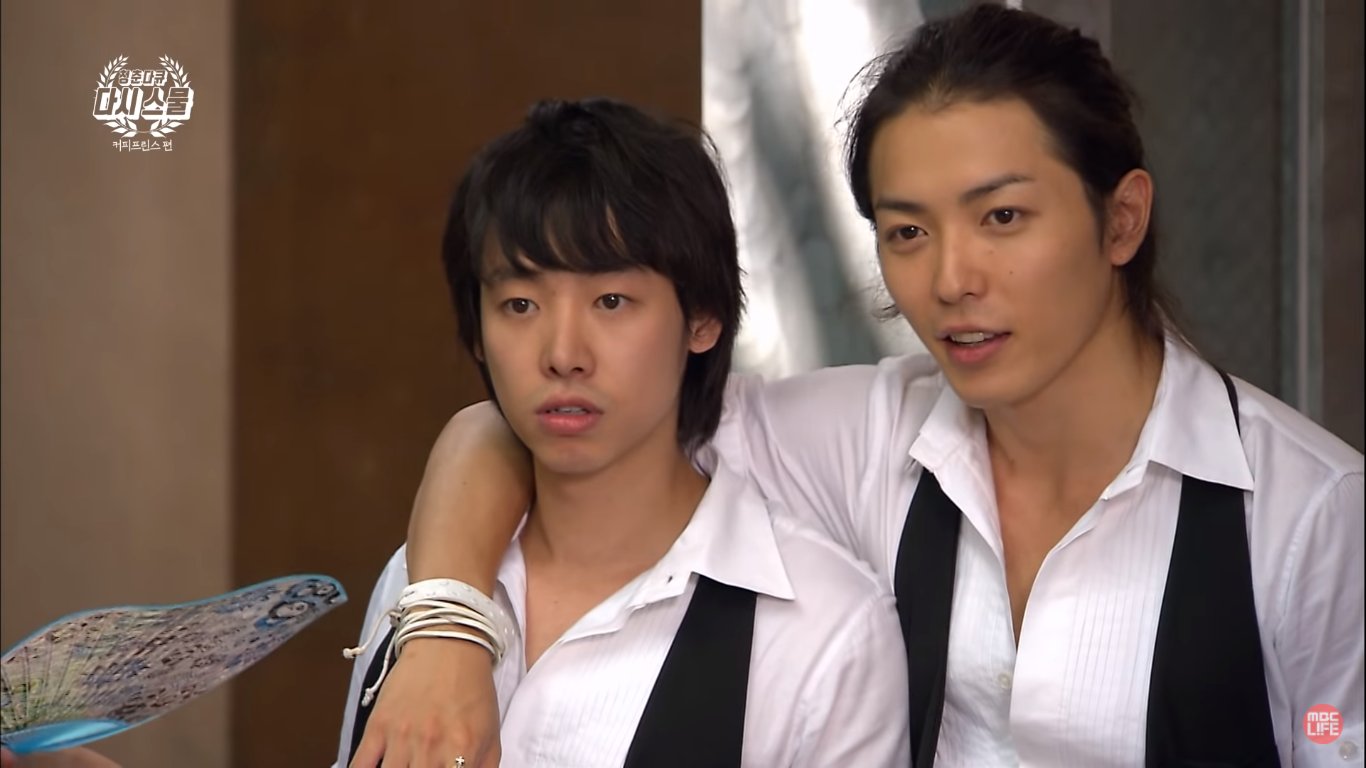 This is how they look now 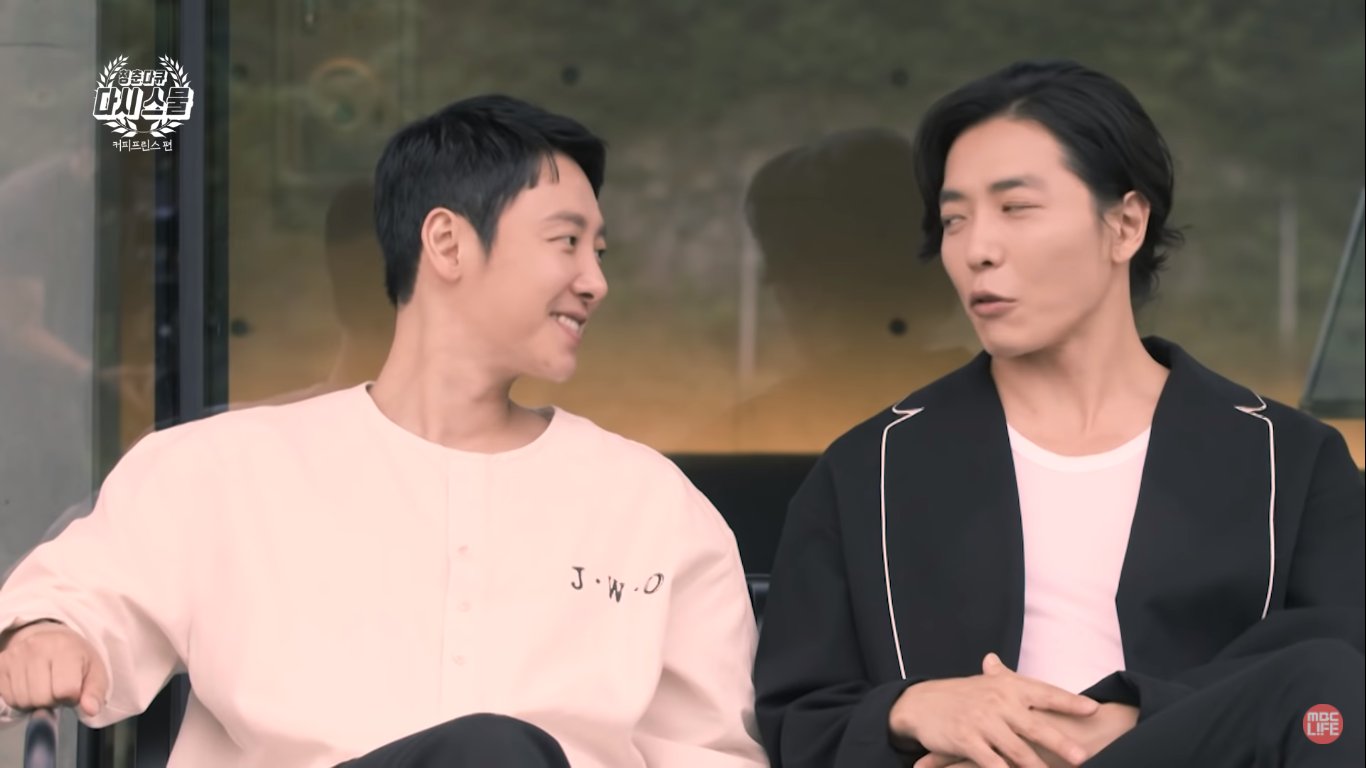 While we are quite excited about the reunion, it will still remain incomplete without Lee Eon. The guy who played the friendly, naive, troublemaker in the show, had a brutal bike accident a year after Coffee Prince was first aired and succumbed to his injuries.

to all #CoffeePrince fans, let’s not all forget #LeeEon. he should’ve been there, he’s a big part of Coffee Prince ☕️ we miss you Lee Eon, take care, rip. pic.twitter.com/bRtzvYqlaQ

The documentary will be aired in two parts on MBC. One will be out for viewing on September 24 while the other will hit the tube on October 1 at 10:40 PM Korea time.

(The above story first appeared on News Brig on Sep 19, 2020 04:38 PM IST. For more news and updates on politics, world, sports, entertainment and lifestyle, log on to our website newsbrig.com).

Bigg Boss 14 October 27 Episode: Nikki Has No Feelings For Jaan, Jasmin Has A Meltdown – 5 Highlights of BB 14

Gaurav Chopra Shares First Pictures Of His Son, Writes an Emotional Note on Embracing Fatherhood After Recently Losing His Parents (View Post)
Who will win, list of acting nominees
Comment

Bigg Boss 14 October 27 Episode: Nikki Has No Feelings For Jaan, Jasmin Has A Meltdown – 5 Highlights of BB 14

Amazon is turning Audible into a true podcast app, but it’s got a long way to go

This is Harley-Davidson’s first electric bicycle

Trevor Lawrence noncommittal about Clemson vs. NFL Draft plans for 2021: ‘Who knows?’

Here’s your chance to name the northern lights

ON THIS DAY: A Certain Michael Jordan Made His Debut and Changed NBA Forever