One of the most iconic figures in professional wrestling is none other than Kurt Angle. The Olympic Gold Medallist made it big in his stints in WWE and TNA. However, there was a darker time he had before WWE.

All the way back in 1996, when the Monday Night Wars were raging on, Paul Heyman was having a comfortable show of his own. The streets will never forget the name or the gimmick of the popular ECW brand.

Kurt Angle worked for ECW in 1996. He holds very horrific memories of the brand and described them to fans. In an interview with PWInsider, the former WWE Champion claimed that Heyman lied to him the night before he quit the company.

“I think they did that to make me happy, to say ‘Hey, we’re doing this for you,’ but you know as the night went on, everybody kept coming out with weapons, it wasn’t even wrestling, it was all gimmicks, you know – kendo sticks, chairs, ladders, crucifixes,” explained Angle.

“That was the one that got me, you know, when Raven crucified Sandman up on the cross “I was like ‘I need to leave [laughs]. This is not good for me.” And I talked to Paul Heyman, and Paul said he didn’t know about the crucifix under the ring, which I knew was, you know, I knew he was BS’ing me,” revealed Angle.

The gimmicks he witnessed in the ring at ECW genuinely mortified him. What put him off was the segment when Raven apparently crucified Sandman up on a cross, as he described above.

Angle would later join the WWE and become one of the most decorated Superstars on the roster. He won the WWE Championship less than a year after joining the company. Another interesting fact was that Paul Heyman was his manager throughout this entire run! 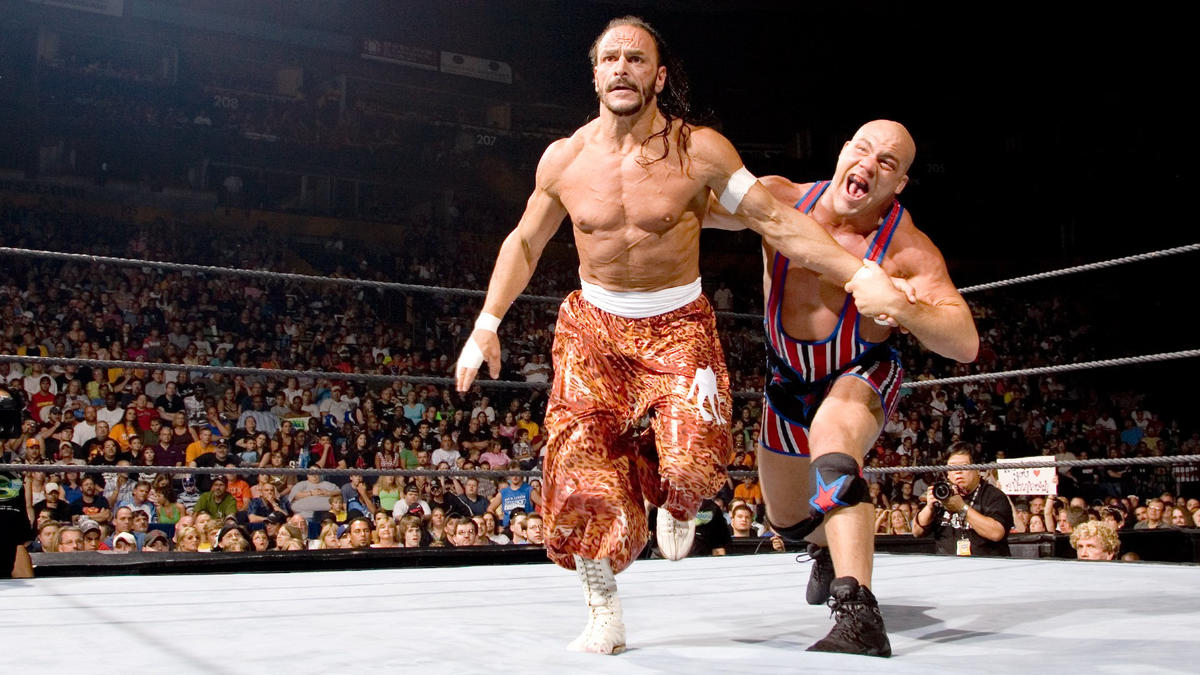 Ironically, Angle lost his final match in his first stint in WWE to Sabu of ECW. By that time, WWE took over ECW. It quickly rose in popularity for its hardcore match styles and crazy gimmicks.

Angle probably still gets nightmares from that night. Did Paul Heyman know about the crucifixion gimmick? We just have to take Kurt Angle’s word for it as Heyman is, after all, a difficult man to read.