This week on Raw, we saw WWE botching a potentially great match. The Raw Women’s Championship match between Asuka and Mickie James saw an abrupt end, as the referee announced that Mickie couldn’t compete anymore, giving no reasonable explanation.

Despite no clear pinfall or submission, the match ended with Asuka retaining her title. The returning Mickie James was visibly frustrated as there was no other justification from WWE’s side. Fans also outraged on Twitter as they blamed the WWE for burying Mickie yet again.

Mickie James praised her opponent Asuka for the match but she believed she got screwed out of her seventh women’s title. She revealed she could not even watch the match out of shame and embarrassment.

“I’m heartbroken. I can’t even watch it, I’m so devastated. I pinned her, I don’t understand. The referee makes the call they feel is correct in that moment. I felt like I was still fighting, I tried to roll back to cover her. She reversed it, but in that moment…I don’t know. I don’t want to say I got screwed, but I may have gotten screwed.”

Interestingly, James pinned her “idol” Stratus to win her first title back in 2006 at WrestleMania 22. She played the role of Trish’s obsessive stalker and her win surprised the audience. 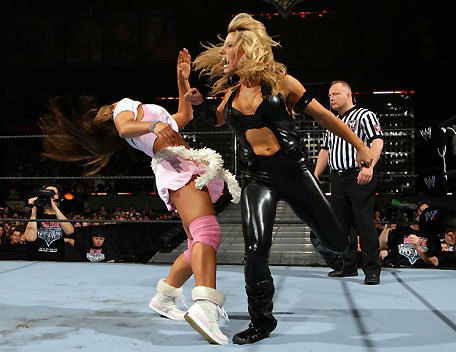 James immensely praised her opponent Asuka. She said, “Asuka will go down in WWE history as one of the greats.” She believes Asuka’s “Empress of tomorrow character is empowering and timeless” and “will last the tester of time.”

Mickie James is a future Hall of Famer and WWE fans have constantly demanded that she be treated as such. Hopefully, James will become the Women’s champion for the seventh time before retiring from in-ring action.

Aamna Sharif Has That Dark Florals, Bold Red Lips and a Seriously Sensational Vibe Going On!

Gong Yoo And Yoon Eun-Hye Starrer Coffee Prince To Have A Reunion After 13 Years; Here’s How The Cast Looks Now