Machine Gun Kelly questioned whether the moon landing was real during his acceptance speech at the 2022 American Music Awards on Sunday night.

The “Maybe” singer, who won “Favorite Rock Artist,” who won the American Music Award for ‘Favorite Rock Artist’ on Sunday night subtly brought up the longtime conspiracy theory that man’s foray to the moon was a hoax while defending himself against rock music critics.

“There have been some people in the rock community who called me a tourist, but they’re wrong,” he said. “I’m a rocket man. We weren’t born on the moon but we looked at it and we were curious and then were went there … supposedly … and these two rock albums were me going to the moon.”

The rapper-turned-rocker, 32, was clad in a purple Dolce & Gabbana suit covered in spikes, which he also noted in the speech as “really uncomfortable to pee in.”

The “Emo Girl” singer accessorized the suit with a studded necklace and earrings and boots that had studs on them.

The 6-foot-4 performer also joked about petitioning for the microphone stands to be raised as he was initially forced to bend over to speak before raising it. 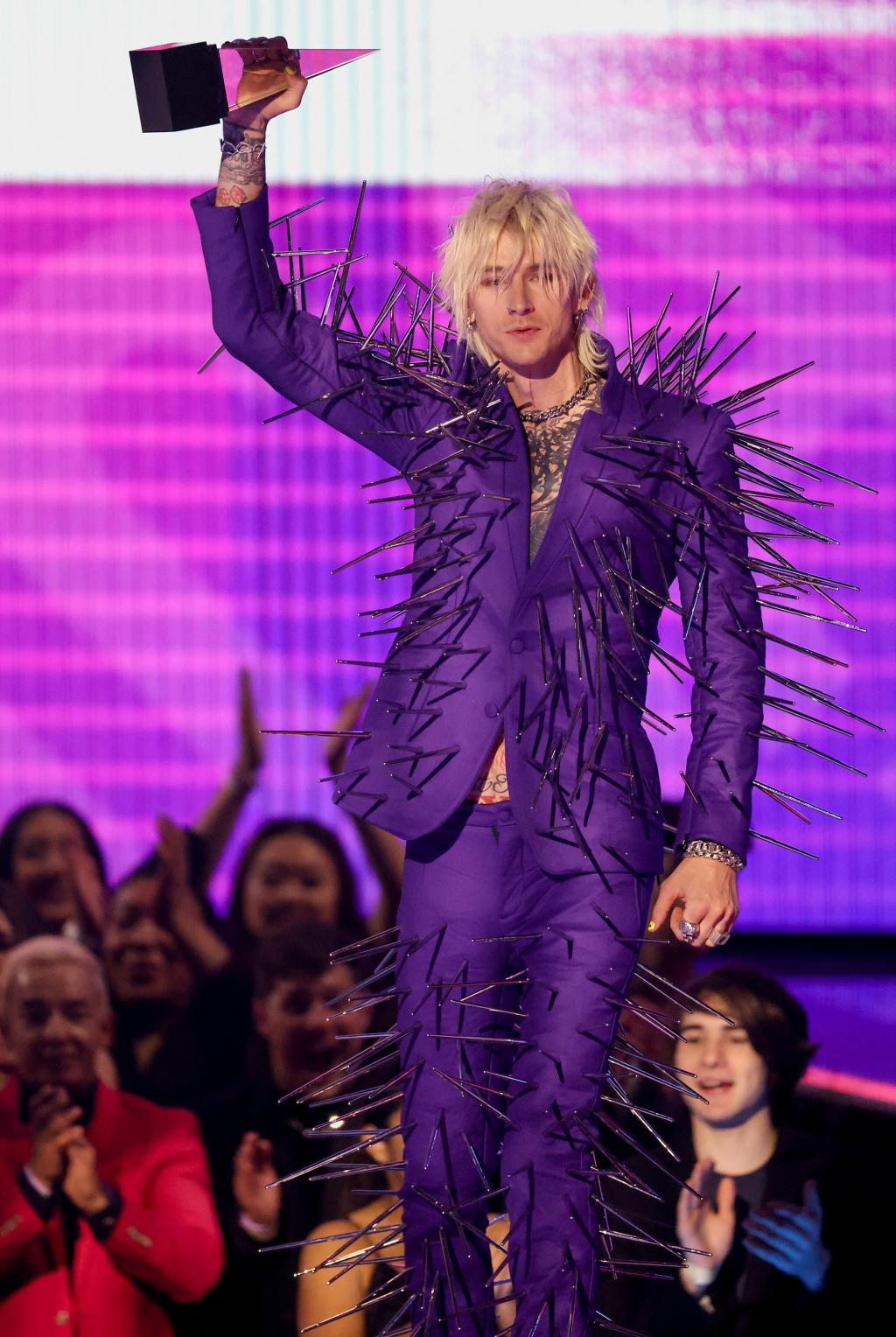 The “Unholy” singer’s look mirrored the denim gown that Spears…

His appearance was not without a little controversy as his speech was bleeped at the end.

MGK, whose real name is Colson Baker, walked the red carpet without his fiancée Megan Fox. The couple was seen last week at the GQ Man of the Year party along with pals, Kourtney Kardashian and Travis Barker.