An annual pro-gun rally in Richmond, Virginia, is expected to bring thousands to the state capitol Monday — putting cops on high alert amid heightened tensions two days before the presidential inauguration.

“Lobby Day,” which last year brought an estimated 22,000 demonstrators to Richmond, is expected to bring caravans from as far away as New York and Texas, organizers said.

“We’ve been dong this for 25 years,” league leader Philip Van Cleave said. “We’ve never had a single problem. No arrests, nothing.”

But police are taking no chances.

Dozens of pro-gun protesters had already gathered for the rally by midday, with the event scheduled to begin after 3 p.m., WRIC-TV reported.

Virginia is an open carry state, but Richmond police noted in a statement posted on Twitter

that firearms are banned in posted areas and at events granted permits.

“In reference to city ordinance banning firearms at gatherings where posted, firearms are banned at permitted events/events that would require a permit,” police said. 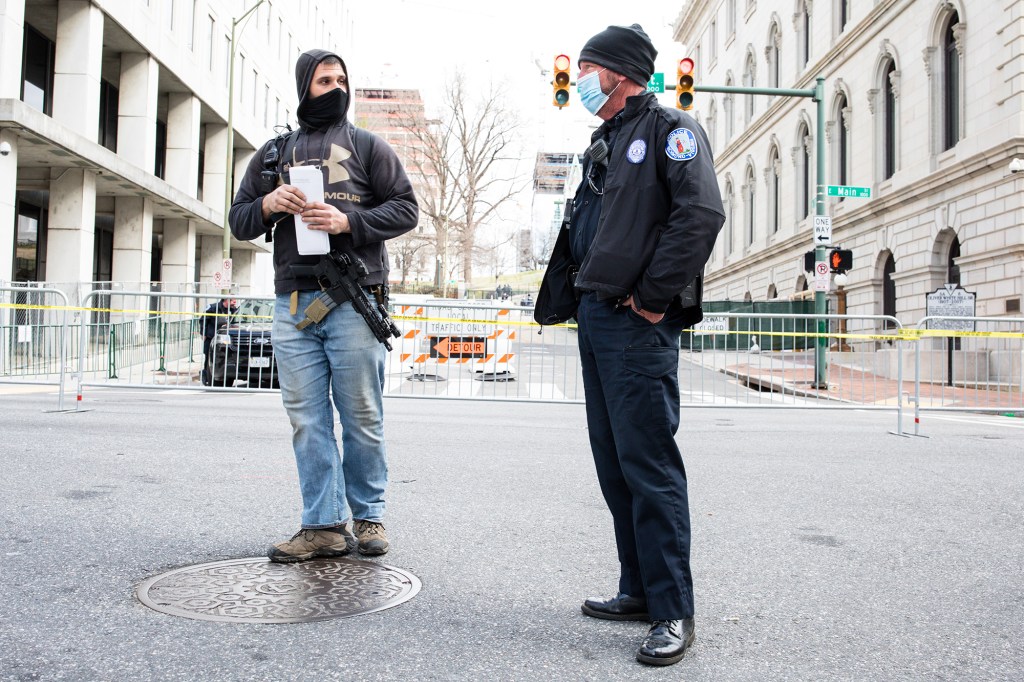 Gun supporters by a barricaded section of the street in Richmond on Jan. 18, 2021

“Gatherings that would require a permit are groups of 11+ people obstructing pedestrian/vehicular traffic in vicinity of signs.”

The heightened tension comes in the wake of the Jan. 6 siege of the US Capitol by supporters of President Trump, which left five dead.

The FBI later warned of threats against all 50 state capitols leading up to Joe Biden’s inauguration Wednesday. 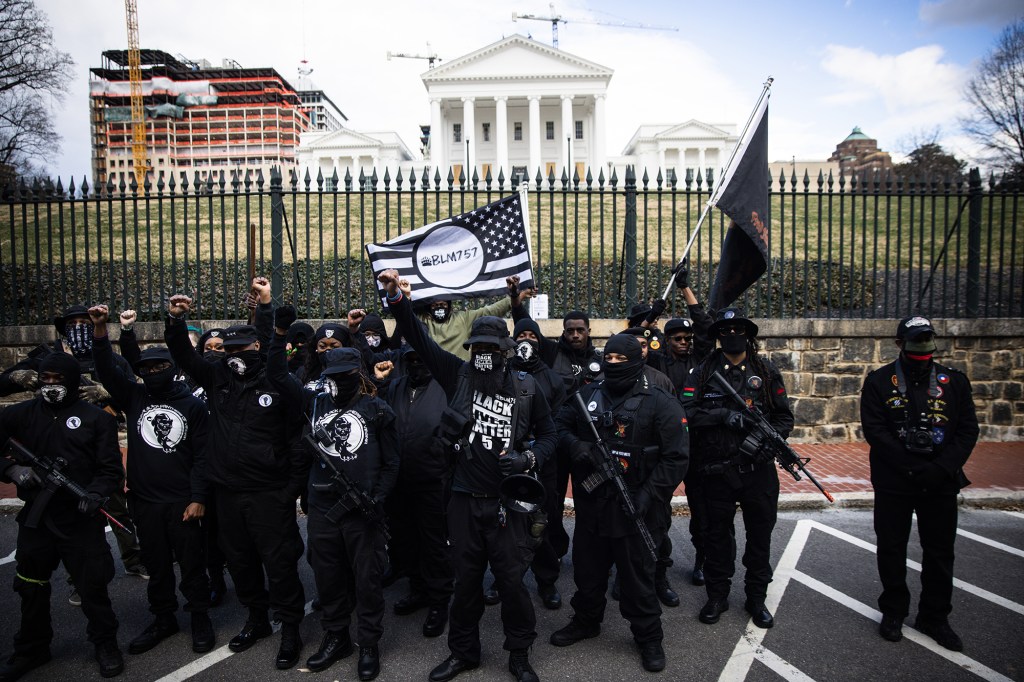 Richmond Militia gather for Lobby Day near the Virginia state capitol on Jan. 18, 2021. 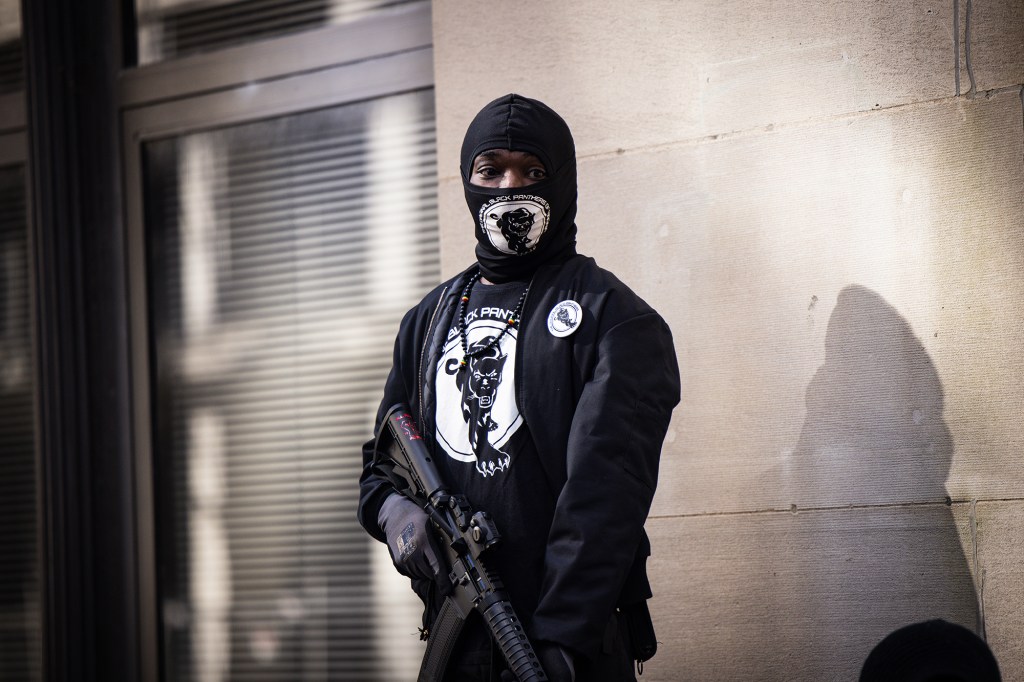